For the second time I set off to the Caribou to go bear hunting.

Lately, I have been super busy at work and haven’t had much time to prepare. I did do some of the more important tasks such as buying 180 grain bullets for my 30 06. Last year I was hunting with 160 grain and I think it is better to use 180 for bear.

Unfortunately, in my rush I forgot my 2016 hunting license and bear tag. I had to pull into 100 Mile House and buy some. It was then that I noticed I forgot my fishing rod as well so I bought some line, lures and sinkers. I have dozens of rods at home so couldn’t justify buying yet another. I would make an Alaskan fishing rod with a water bottle if I went fishing. While most of the people I would be meeting were very eager to go fishing, I don’t get as excited about trout fishing as I did so much fishing as a kid. For me, the prize is big game.

The drive is about 6 hours which sounds like a lot but the scenery is amazing. You start off with flat lands with distant mountains jutting up like forested icebergs on the flat ocean. Then you get closer to the mountains to the point where they seem to start at the edge of the road. At one point there were rocks on the road where some had slid down. The landscape changes dramatically every 100 km or so. You travel through tunnels that take you through mountains alongside the Thompson River for many kilometers. The road winds around and the drop offs are scary yet wonderful. The river is massive and raging. Hard to focus on the road when the country side is so amazing. After a while the landscape goes to rolling hills of desert. Hard to imagine I am still in BC.

At the last gas station I fill up the extra cans of gas as the rest of the trip north is without gas stations. After a few more kilometers I hit the gravel road and that was my sign to pull out the rifle and begin the hunt. Last year I saw a big cinnamon bear on the way in so this time I was going to be ready for that. Unfortunately, the weather was not cooperating and the thunder and lighting started to get pretty heavy as I approached Bosk Lake. I was betting I wouldn’t see many animals in this weather.

Julian met me with the ATV and helped me bring my stuff down to the cabin with a small trailer. The trail down to the cabin is a lot of fun on an ATV as it is worn and steep.  We unloaded at the cabin and I put my stuff away. I chose the top bunk upstairs as it is out of the way. 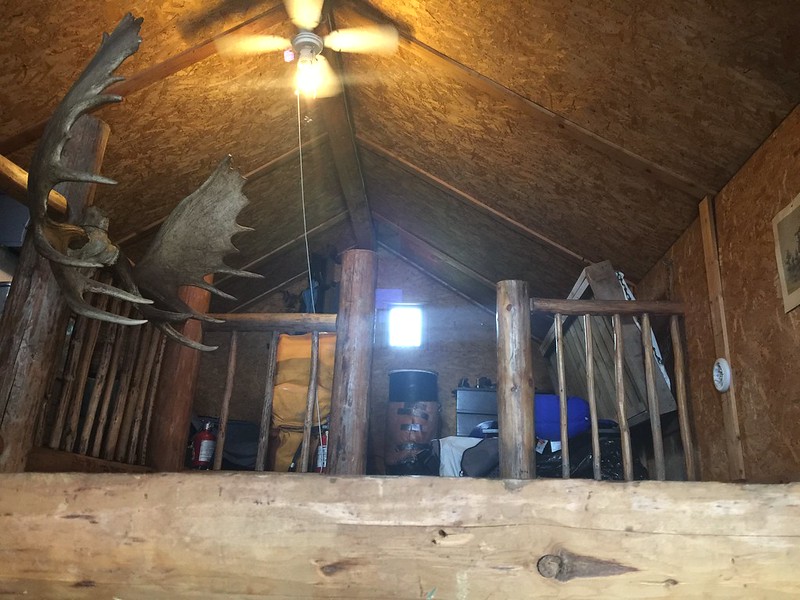 Before I set off some people asked me where I was going and I would tell them, “bear hunting.” The expression they gave me back was very negative so I stopped telling people where I was going. Now I just say, “camping” to avoid the drama. I often want to have the conversation with non-hunters but I don’t have the time. Those who give me funny looks, I would ask them if they have ever killed anything they have eaten. Almost all would say no. I point to their leather shoes and ask if they think the animal whose hid is protecting their feet died in a humane way. Of course they don’t know this because they have conveniently skirted this responsibility by abstracting the mass death and destruction that is the result of large scale slaughter. These people who eat at McDonald’s and other fast food restaurants feel as though they can pass judgement on me. They feel as though I am the one who is being cruel whereas they are supporting the worst cruelty of all yet are so far removed they don’t even know it anymore. They don’t associate the Big Mac with a cow. They don’t think about what processing was done to get them the chicken wings. They have no idea what the life of the pig was like that provided them their bacon. I know exactly what the life and death of the animal I hunt is like. It’s all natural. It’s life is the highest quality and it’s death is likewise. Fast and with respect.

Now don’t get me wrong, I am not advocating trophy hunting. While culling may be necessary in some areas (like ferrel pigs near farms), I don’t really like the idea of killing something without using it’s meat or skin in some way.

My GPS tracks from one of the day’s travels. I didn’t see a single bear that day and didn’t see much sign either. Last year I saw about a dozen bears a day in the same area around the same time.

Most of this was easy driving gravel roads as the picture below shows. 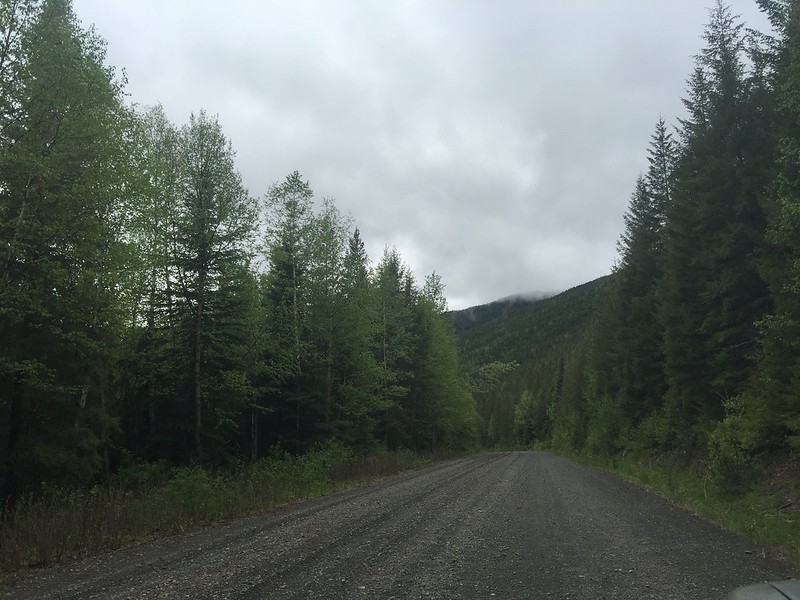 Driving around this area you can see a lot of old trappers cabins that look pretty old. This was just one of many that I saw. 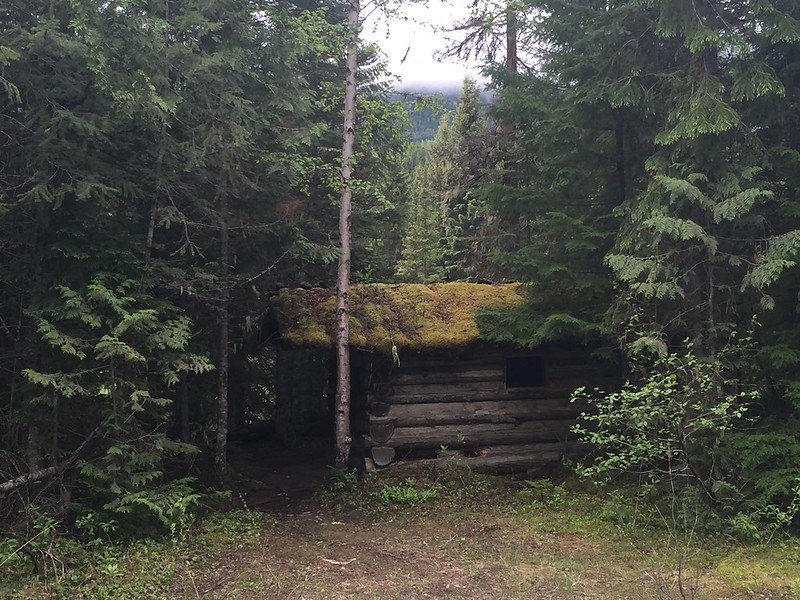 While I didn’t see any bears, I did see lots of arctic hairs, deer and grouse. This grouse was giving me a show. 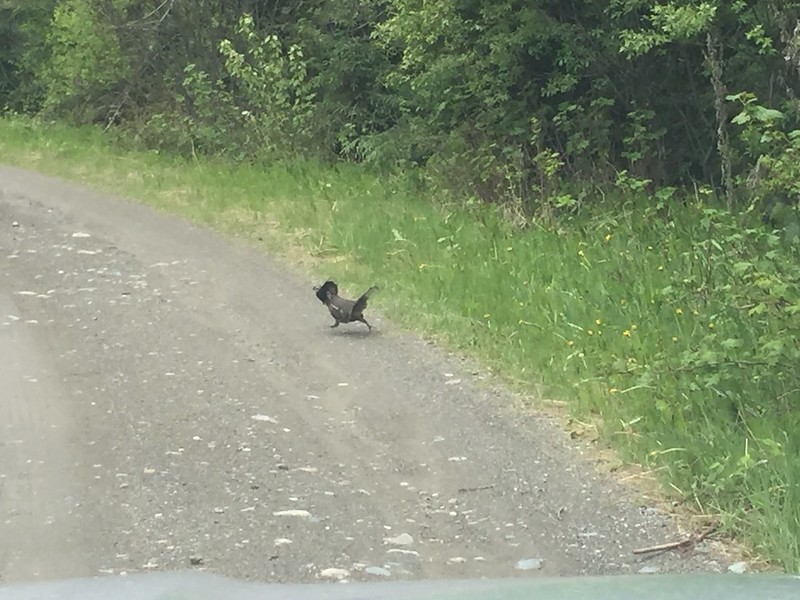 I drove further north this year up towards the Horsefly Lake down Prairie Road. Saw this huge strainer there. One wrong step and your toast. 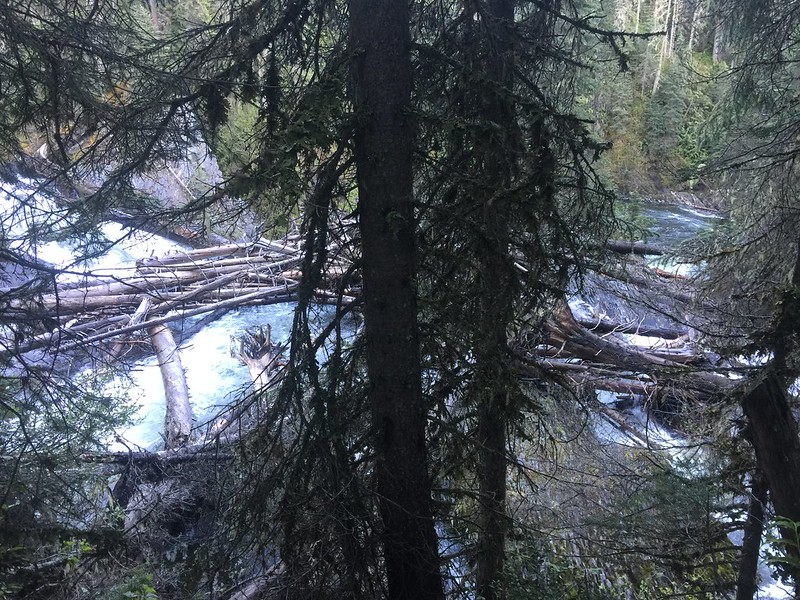 Of course I ignored the warning signs: 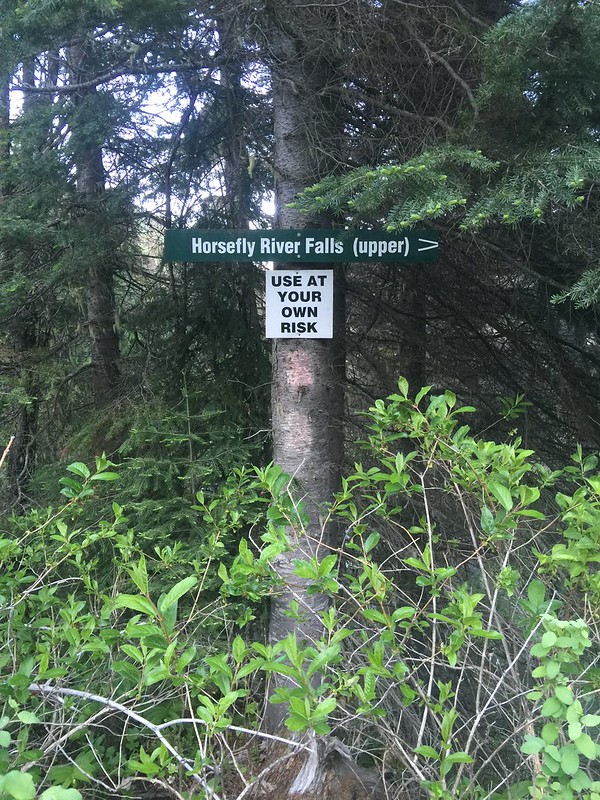 Amazing landscape. This picture doesn’t do it justice. In real life the different shades of green were amazing. 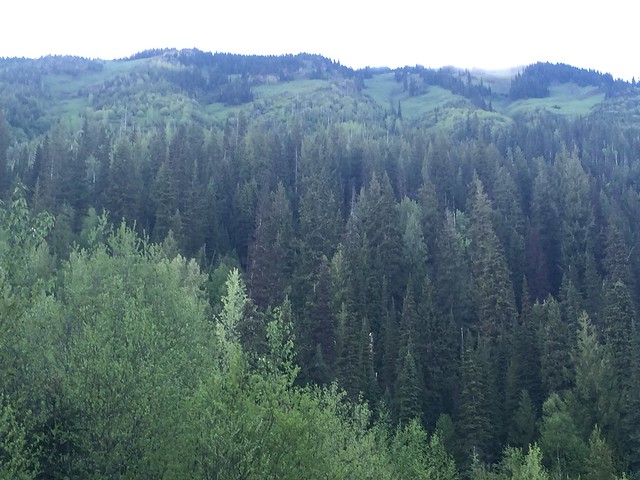 Found some fresh moose tracks up north. Didn’t see the moose but he must have been pretty close. 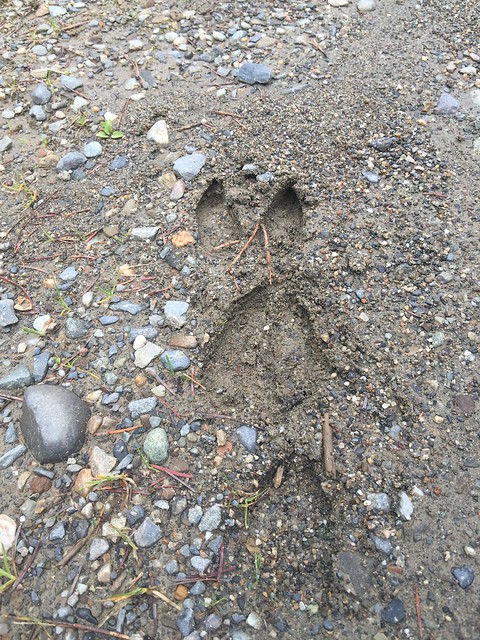 Even though I didn’t see or shoot any bears, the area is an amazing place and full of wildlife. One of the more interesting animals I saw was a fox. Fox are pretty rare in this area and so while I have seen plenty of coyotes and wolves, I have never seen a fox. I’ve even seen cougars and Lynx before but not a fox. Nice to finely see this sneaky little guy. The big bushy tail was just like the cartoon.

Now I’m off to plan my fall deer hunt.